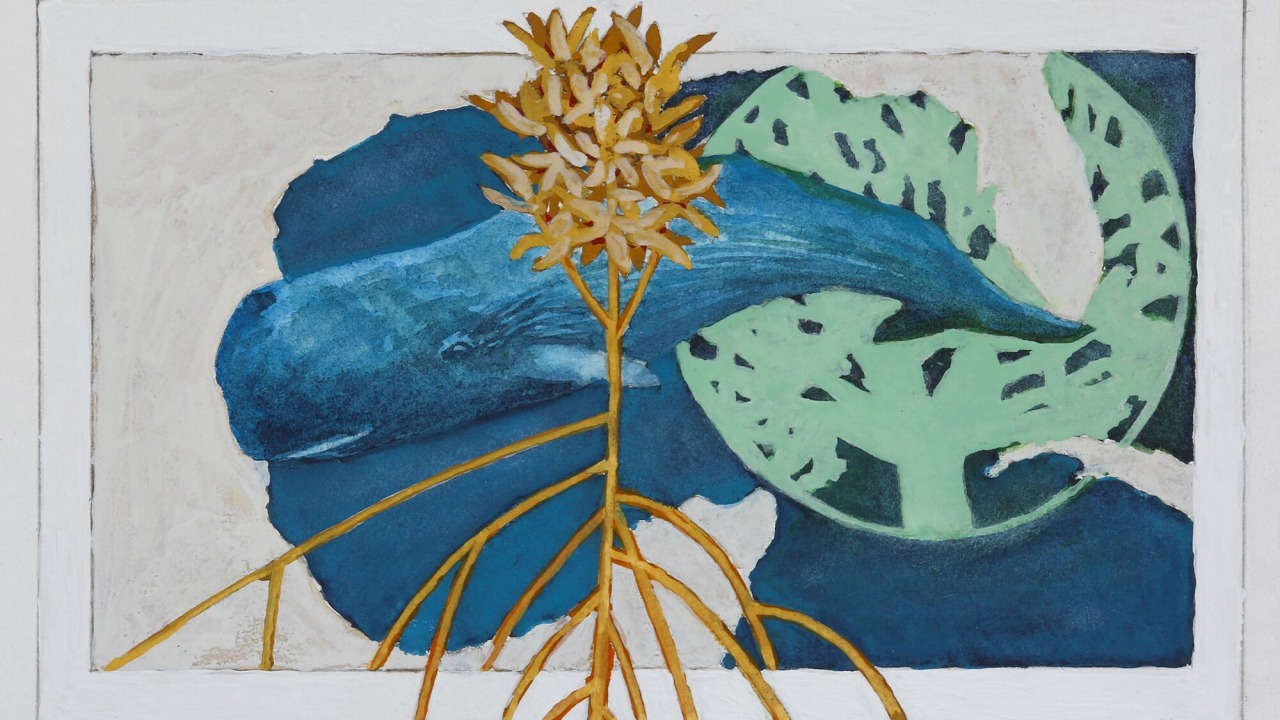 As the Gulf Turns

As the Gulf turns, so does the world. Its bodies of water, masses of land, the great expanse of sky, and all its living and unliving inhabitants form a collaboration of ecosystems. Because of decades of human use of fossil fuels and the deforestation of our planet, there has been a significant increase of heat-trapping carbon dioxide (CO2) in the world. Our ecosystems are not in balance. Our planet and our waters are warming. As inhabitants of the west coast of Florida, Mickett and Stackhouse, as in their past work, focus on the Gulf of Mexico in this show. For what happens here in the Gulf impacts and is influenced by what happens there in the rest of the world. In particular, this show acknowledges the effects of the warming of the Gulf and the waters of the world by their over-capacity absorption of CO2. In so doing, they celebrate the local Florida mangrove and live oak which are natural, large absorbers of CO2. Our survival depends on reducing the levels of CO2 in the world. Like sand in the hour glass, our time is running out.

Carol Mickett and Robert Stackhouse have been working collaboratively for over 10 years. During this time, they have produced large-scale sculpture, painting and prints, many of which have been commissioned. Their collaboration is one in which both artists work on all aspects of their projects. Mickett and Stackhouse have chosen to work together because they push each other beyond their comfort zones to do work that neither of them would attempt individually. Mickett comes to the collaboration from a background in philosophy, film, radio, poetry and theatre. Stackhouse followed a traditional visual arts path and his individual work can be found in museum collections around the world. They will create a site-specific installation inside Gallery114.

See more information about the hours of operation, parking and location for your next visit.